pleased to meet you

pleased to meet you, hope you guess my name. but what's puzzling you is the nature of my game.

am i right or am i right, gentle reader?

so many people wonder how i can call myself a trophy wife.

so many people immediately think trophy wife is a derogatory term.

the term 'trophy wife' is often misleading...at least in my never to be humble opinion.

it's funny to me that some take such offense to my moniker.

i even have personalize plates on a car that say trfy wyf.

i learned from my mom.

to me, she is the epitome of trophy wife.

i learned by watching her.

many years ago, i decided to take on a challenge of transforming the stigma surrounding being called a trophy wife.

there is no logical reason why not.

so i created this blog in an effort to show the world that a trophy wife can, and should, be more than arm candy.

kiroman and i have been married since 1985. we have developed and ran a very successful business since 1989. we have been the parents of an undeniably incredible daughter since 1993.

i'm not saying our way is the right way.

i'm saying that our way has definitely worked for us.

and along those lines, i am willing to help other women become trophy wives. 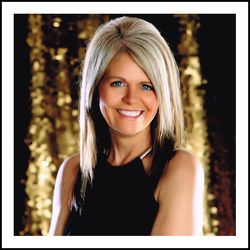